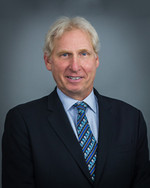 Chairman; Member, Board of Directors

Ken Potashner has served as a member of our board of directors since 2006. Mr. Potashner has extensive BOD experience in high growth, high technology global organizations. He has served as Chairman of Newport Corporation where he provided 18 years of service culminating in the sale of Newport in 2016 for $980M. Mr. Potashner was Chairman of Maxwell Technologies and directed it through a period of rapid expansion. He has also served on the BOD of California Micro Devices, SonicBlue Inc, and Singapore Technologies, all publicly traded companies. Potashner is currently serving as the Executive Chairman of Home Bay Technologies. He has also served on the Board of many private companies as well including Home Bay Technologies, DynaOptics, MyOffice.com, Underground Elephant, Lumedyne, Events.com, and several others. Several of the private companies that Mr. Potashner has had affiliations with have achieved successful exits or significant financings. Mr. Potashner has a BSEE from Lafayette College and an MSEE from SMU, Executive certifications from Columbia and INSEAD in Lausanne, Switzerland. He also has an Advanced Professional Director certification from American Board of Directors. 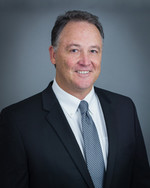 Interim Chief Executive Officer and Member, Board of Directors

David Raun has more than 24 years of experience at senior management and board levels in public and private companies including over 10 M&A/fund raising events. He was with PLX Technology, Inc., a publicly traded company on Nasdaq, from 2004-2014 where he eventually became president, chief executive officer and a director. In this role, he led the company to an acquisition by Avago (now Broadcom) after driving the company to 70%+ market share, record revenues and profits. Mr. Raun also served as chief operations officer at Home Bay, an on-line technology base real estate company in 2019. Prior to Home Bay, he was the president, COO and interim chief financial officer at ASSIA, Inc. a Silicon Valley-based SaaS providers from 2016-2018. Here he led a quick turnaround driving to record revenues and approached 40% operating margins. Prior to these roles he had multiple VP of Marketing, Business Development, Corporate Development and Sales roles. He was chairman of the board at Kilopass, a semiconductor IP supplier until they were acquired by Synopsys in 2018. Mr. Raun holds a B.S. in computer and electrical engineering from University of California, Santa Barbara.

Steve Cooper served as OSS' chief executive officer, president from co-founding OSS in 1998 to 2020. He also served as chairman of the board of directors from 1998 to 2019. He brings more than 39 years of experience running high technology, high growth rate business as a technologist with a long record of technical innovations, including multiple patents. Mr. Cooper began his career with Intel and RadiSys in sales, marketing and technology roles. He has authored and published more than 30 articles and technical conference papers dealing with the computer technology, fault-tolerant computer architectures, bus interfacing standards, open systems and related business and technology issues. He holds a B.S. in electrical engineering from University of California at Santa Barbara.

As an early investor in OSS, John Reardon has served as a member of the board since 2000. During his service, Mr. Reardon introduced and/or aided in a number of key acquisitions that transitioned the OSS to a leading IP company. Mr. Reardon, having extensive industry knowledge continues to aid the company with its strategic vision. Corporate Director's Forum recognized this contribution by awarding him the Director of the Year Award. He has served on numerous Public and Private boards throughout his career that include Neonode, (Nasdaq, Neon) a company located in Stockholm, Sweden and SBE, Inc. and SBE, Inc. (Nasdaq, SBEi) a telecommunications company located in San Ramon, CA. Reardon founded RTC Media in 1986 after graduating from National University with a Bachelor's in Marketing. Moving through the millenium, RTC was expanded to include Europe and Asia as key markets. Today RTC Media continues its history as a technical marketing firm for the Military and Embedded space through its publications and content generation. Mr. Reardon continues to reside in Carlsbad, CA with his wife and four children. 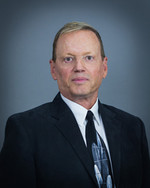 Jack Harrison has served on our board of directors since December 2016. He was founder, president and chief executive officer of Aspen Integrated Technologies, a microelectronics and MEMS company, which he sold in 2011. Mr. Harrison is currently the president of Integrity Energy, an oil and gas company, and also serves as the chairman of the board of Reach Beyond: a non-profit charitable organization of which he has been affiliated for more than 20 years. Mr. Harrison holds a BME degree from Wheaton College. He brings decades of experience in the microelectronics space and his business and technical expertise represent important assets to OSS. 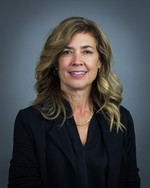